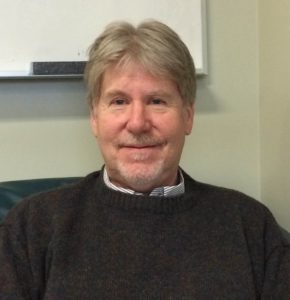 Professor West was born and raised in southern Arizona, and received his undergraduate training (Chemistry, with Honors and Summa cum Laude) at the University of Arizona in Tucson. While there, he performed research with Victor Hruby on conformationally restricted analogues of the peptide hormone oxytocin, and developed one of the first HPLC-based methods for amino acid analysis of peptide hydrolysates (publication 1). He then moved to Madison, Wisconsin where he was an NSF Predoctoral Fellow at the University of Wisconsin in the labs of Professor Edwin Vedejs. His doctoral research concerned the generation of nonstabilized azomethine ylides using desilylation methods its application to the synthesis of pyrrolizidine alkaloids (publications 2-3). He spent two years at Columbia University as an NIH Postdoctoral Fellow with Professor Gilbert Stork, working on radical cyclization-based approaches to the cardenolides (publication 23).

Professor West began his independent career at the University of Utah in 1988. Initially, his program focused on the use of pyran-4-one photochemistry for the rapid assembly of complex polycyclic skeletons, and the Stevens rearrangement of metallocarbene-derived ylides. Subsequent areas of interest have included the Nazarov cyclization, carbohydrate chemistry, hexose transporter proteins, cancer imaging, and antiviral therapeutics. (See the research description for a more detailed discussion of current research interests.) In 2002, Professor West moved to the University of Alberta in Edmonton, where he is currently Professor of Chemistry and Associate Chair (Research) of the department.